The standardization for 5G wireless systems is maturing and researchers around the world have already started to look at beyond the 5G systems. Although the next G gossip is at a premature stage, this talk aims to provide an overview of the vision, challenges and key enabling technologies envisioned by the wireless community. The talk will mostly focus on the fundamental technologies and will discuss potential research directions to meet the requirements of next generation wireless systems.

Title : The Era of the Super Conscious Machines An Artificial Intelligence Approach, from Theories to Applications

AI succeeded to dominate our daily life starting from our cell phones, appliance and smart cars/cities/Grid to nuclear reactors and space stations. The domination of AI on our human life brought a lot of fear in research and technology arenas where many pioneers like Stephen Hawking, Bill Gates, Elon Musk and others warn AI and express their worries about a possible conflict between humans and intelligent machines where intelligent machines may end the mankind. Even if these worries are sometimes classified as irrational overstating, the truth of the strong presence of AI technologies in our life will be indisputable. What makes me little bit confused is whether humans are afraid of fighting artificial agents or they are afraid of falling in love with them. The rapid development of socially active and emotionally interactive artificial agents is relying on development of high performance artificial nervous system, artificial brain and synthetic spinal cord. As the development of the integrated synthetic nervous system reaches a considerable maturity level, as the day of independence of artificial agents gets closer. The rate of the development depends on the success of the global endeavors of public and private institutions paid to raise the level of AI. And a question will stay open, will we accept our handmade artificial partners????????

Throughout this talk we will explore :

Biography: Ashraf ABOSHOSHA graduated with a B.Sc. in industrial electronics from Menoufia University, Egypt at 1990. Since 1992 he is a researcher at the (NCRRT/EAEA), where he served as a junior member of the instrumentation and control committee. At 1997 he received his M.Sc. in automatic control and measurement engineering. From 1997 to 1998 he was guest researcher at the central laboratory for electronics (ZEL), research centre Jülich (FZJ), Germany. From 2000 to 2004 he was a doctoral student (DAAD-scholarship) at Wilhelm Schickard Institute for informatics (WSI), Eberhard-Karls-University, Tübingen, Germany. Where he received his Doctoral degree (Dr. rer. nat.) at 2004. The subject of Ph.D. thesis was "Adaptive navigation and motion planning for autonomous mobile robots". He is the E-i-C of ICGST LLC, Delaware, USA

Title : The "Power-To-X" sector in Morocco: Potential, Vision and Opportunities

Biography: Badr IKKEN received an engineer degree in mechanical engineering and industrial production & solar systems from the Berlin Institute of Technology. He wrote a thesis on production technologies of hard materials.
During 8 years, he worked in the Department for Machining Technology of the Institute for Machine Tools and Factory Management (IWF) in Berlin, first as a research associate, then as a project manager. In the Institute for Production Systems and Design Technology (Fraunhofer IPK), he served as project manager for several industrial projects involving companies such as Siemens Power Generation, INA Schaeffler, Saint-Gobain Diamantwerkzeuge, SGL Carbon,..
Between 2008 and 2010, he served as CTO of the multinational company Lunos-Raumluftsysteme. During this period, he developed and launched two new production lines in Germany. He also expanded the production in China.
In September 2010, he joined the Moroccan Agency for Solar Energy (MASEN) as Director of Integrated Development, in charge of Industrial Integration and R&D. He co-founded the Moroccan-based National Institute IRESEN (Institute of Research in Solar Energy and New Energies) and is the CEO since July 2011.
In 2016, he launched the largest Solar Research platform in Africa, the Green Energy Park and is currently building a network of applied research centers (Green Energy Park, Green & Smart Building Park, Green H2A,..), inspired from the model of the Fraunhofer society.
He is the vice-president of the new climate economy commission of the Moroccan Confederation of Enterprises (CGEM) and represents Morocco in different international commissions.

Many cities around the world are currently transitioning towards Smart Cities to attain several key objectives such as a low carbon environment, high quality of living, and resource efficient economy. Urban performance depends not only on the city's endowment of hard infrastructure, but also on the availability and quality of knowledge communication and social infrastructure. There is a growing importance of technologies (e.g. 5G, Cloud Computing, IoT, Artificial Intelligence, Big Data, Blockchain. etc.), and of social and environmental capital in profiling the competitiveness of cities. Digital transformation is playing a critical role in building smart cities and is supporting comprehensive urban smart systems. This brings together citizens and integrates technologies and services such as transportation, broadband communications, buildings, healthcare, and other utilities. Furthermore, it can facilitate a participatory approach allowing to achieve integrated solutions and creating novel applications to improve urban life, build a sustainable society and, ultimately, helping attain the Sustainable Development Goals (SDGs) of the UN 2030 Agenda.

The main purpose of this keynote talk is to present an overview on Smart Cities technologies, applications and best practices, and also to discuss different opportunities and challenges they present for all stakeholders and more specifically how they contribute to the UN SDGs .

Biography: Mohamed ESSAAIDI, is a Professor of ENSIAS, Mohammed V University, Rabat, Morocco. He has been Dean of ENSIAS College of IT Engineering of Mohammed V University of Rabat, Morocco (November 2011-April 2019), he has been a Professor at the Faculty of Science, Abdelmalek Essaadi University in Tetuan, Morocco (2001-2011) and an Assistant Professor at the same university (1993-2001). He is an IEEE Senior Member, the founder and past Chairman of the IEEE Morocco Section (2005-2015), co-founder and chair of IEEE Morocco Communications / Computer Society Chapter (2006-2008) and current Chairman of IEEE Antennas and Propagation Society and  Microwave Theory and Techniques Society Morocco Joint Chapter and IEEE Education Society Morocco Chapter chair from 2007 to 2009. He has been a member of Committee of Global Accreditation activities of IEEE Education Activities Board between (USA) 2017 and 2018. He has been also Director of the Morocco Office of Arab Science and Technology Foundation, ASTF (2006-2009) and the Coordinator of ASTF RD&I Network of Electro-Technology between 2006 and 2008 (UAE). He has authored and co-authored 7 books and more than 200 papers in international refereed journals and conferences in the field of Electrical and Computer engineering and its diverse applications including smart homes, smart mobility smart grid and smart cities. He has been the Editor-in-Chief of International Journal on Information and Communication Technologies, Serial Publications, India (2007-2011) and Guest Editor of several international journals. He is also an active member of the editorial boards of several international journals in the same fields mentioned above. Furthermore, Prof. Essaaidi is the founder and the General Chair / co-chair of several IEEE technically sponsored international conferences, such as Mediterranean Microwave Symposium (which is organized on a yearly basis since 2000 in the Mediterranean countries), Information and Communication Technologies International Symposium (2005, 2007). He also organized and co-chaired the US National Academies 5th Arab American Science, Engineering and Medicine Frontiers Symposium in November 2017, Rabat, Morocco and US.
NSF sponsored workshop on Smart Cities in January 2016 in Rabat, Morocco. He has also served in the Organizing committees and TPC and presented keynote talks at many other international conferences worldwide on different topics related to electrical and computer engineering and technologies including smart grid and smart cities. He has also been co-organizer of Casablanca IEEE Core Smart City Workshop in January 2016 and a member of Madinat Al-Irfane University Smart Campus initiative in Rabat in 2019. Prof. Essaaidi holds 10 patents in the field ICT. Some of these patents received several international innovation awards. He was also a member of the IEEE 802.16 Sponsor Ballot Pool of IEEE Standard Association that defined the technical specifications for WiMAX. He has been member of the IEEE PA 2784 Smart Cties Planning and Technology Guide Working Group (2020). He supervised several Masters and PhDs Theses and he has been the principal investigator and the project manager for several research projects in the framework of national and international research programs and funds.

Biography: Ayman S. Mossallam is a Professor of Structural and Earthquake Engineering, also a Professor, Materials & Manufacturing Engineering Technology and the Director of the UCI Structural Engineering Testing Hall at the Civil & Environmental Engineering Department at University of California, Irvine (UCI). He is also a Fellow and a Control Member of the American Society of Civil Engineers and the Chairman of the International Committee of ASCE LA Chapter. He is a registered Structural Professional Engineer in the District of Colombia and has forty years of experience in structural engineering with a particular interest in polymer composites, green materials, structural health monitoring and repair and rehabilitation of historical buildings and bridges.  He is the Founder of the Egyptian Green Building Council and the principal author of the Green Pyramid Rating System (GPRS). He has served as a senior engineering consultant to several international engineering and contracting firms . 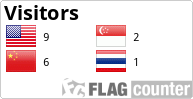